For most of us, a good shower is an important start or end to our day. Not only does it clean us and freshen us up for the day but it also relaxes us, something that is really important to our long term health.

Our Pick for the Top Rated Handheld Showerhead: 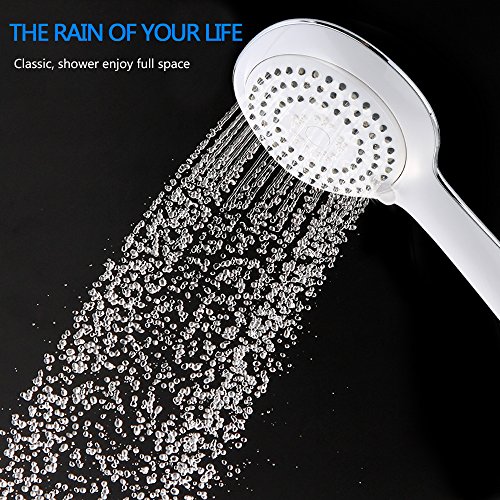 Since each of us has a differing idea as to what constitutes a good shower, any good shower head has multiple spray settings to keep us all happy.

So if you are thinking of replacing or switching back, there is no need to read all those top 10 shower heads reviews because here are the 5 best handheld and 2 in 1 shower heads on the market today. 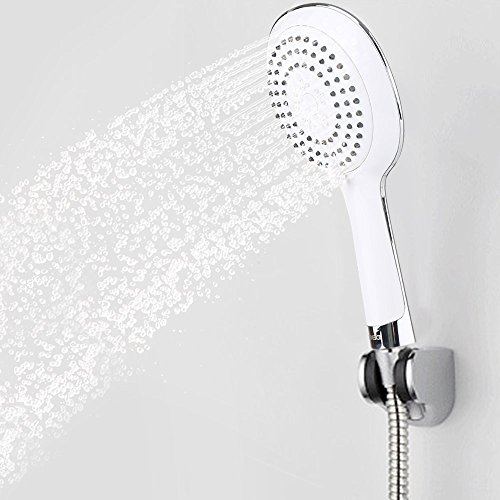 Most welcome is the shower heads self-cleaning design which utilizes silicone gel to help prevent lime-scale or calcium build-up, while its top quality ABS plastic handle allows for effortless cleaning with just a simply light wipe with a cloth. The connection faucet comes with an antibacterial composite which also helps to prevent corrosion too.

Meanwhile the shower hose is made with interwoven stainless steel wires which prevents rust as well as making the hose very long lasting and durable. It scores best in hand held shower head reviews amongst stiff competition from other good shower heads, coming out on top as the best removable shower head. 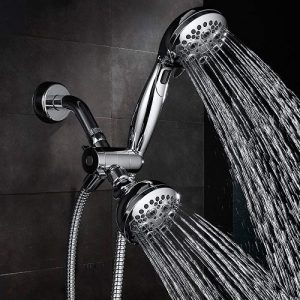 Want more than just the best shower head in the handheld category?

This is probably the best combination shower head on the market, which offers the best of both worlds. It features both a separate fixed and hand held shower heads, something which is ideal for those people who can’t choose between the two types.

Though it looks a little unattractive this shower head system provides a great shower flow from both heads and lets you chose easily between the types of shower you want too. These different shower modes are available with both shower heads, while it is simple to switch the water flow back and forth between the two heads.

This shower also offers a high output pressure option simply by removing it’s easy to remove flow control piece which will immediately boost your water output. Available in a chrome finish this showerhead is easy to install and has you covered no matter what type of shower you might want. 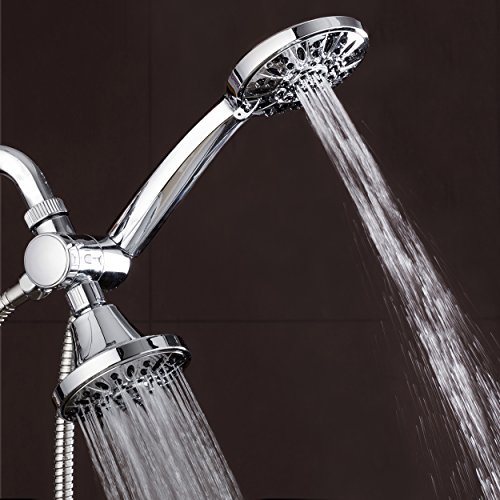 Another great option, and also one of the best dual shower head systems, the AquaDance 3-way shower head. This easy to install shower head combo is an extremely high scorer in customer satisfaction. It conforms to all the highest US quality and performance standards so as you might expect it’s made from all the best materials.

It’s no surprise that this premium shower head, featuring one of the best hand held shower heads, as well as a powerful fixed shower head, is one of our top picks. 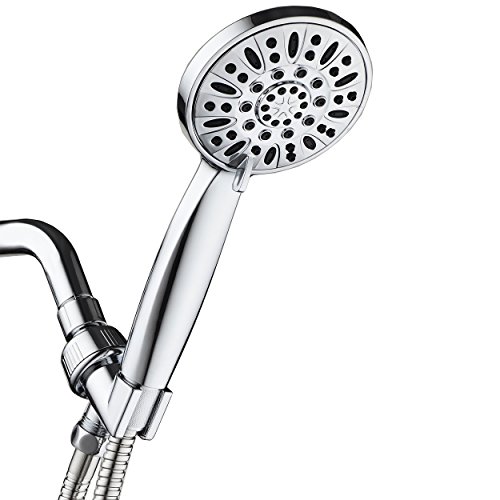 Independently tested for quality this premium hand shower head has a large 4 inch shower face and ergonomic grip handle, helping to give you the best shower experience. 6 shower modes can be easily selected via the high power click lever dial, giving the user plenty of options of different shower styles to suit their day by day needs.

With the simple addition of a wall mount it can be used as both an overhead and a handheld shower too. Its stylish modem design is made with all the best materials ensuring a nice long lifespan, while for any doubters its lifetime warranty will put your remaining fears to bed.

This is the best dual shower head and one of the best handheld shower head for high pressure and so much more than simply a best shower head with hose. 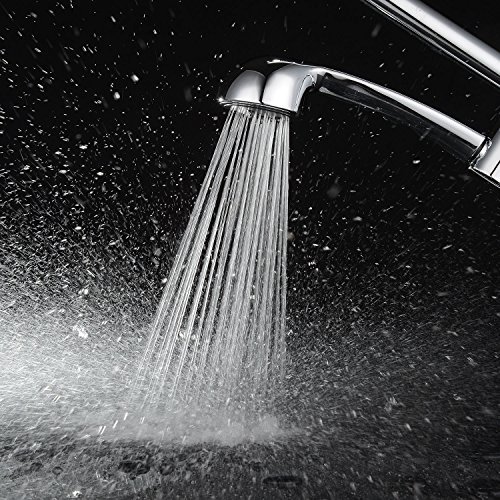 The best top rated handheld shower head for those seeking more relaxation. This body spa oxygenic shower head utilizes a patented design to spray high pressure water jets on the user, its 3 settings, rainfall, massage and aeration are made possible through its patented design which also increases the oxygen content in your shower water, something that is better for your skin.

This best-selling detachable shower head has easy to use controls and clog prevention system make this a great handheld shower head. Made from ABS plastic and Chrome this is a shower that will never disappoint. This is the best handheld shower head for low water pressure and with a 5 year warranty why not give this one a go.

Do combination shower heads always come with a fixed and handheld option?

As above, combination shower heads can refer to a shower head with two outlets. This is really based on your opinion, what do you want to call it? Either way, you can choose what’s best for you, but who doesn’t like that extra showerhead spraying while you wash with the handheld.

Can I adjust the height of my fixed or handheld shower head?

Handheld shower head units can be removed from their fixture and used at any height, as long as the shower hose is long enough to reach. Most combination and 2-in-1 shower head units have a vertical adjustment pole and lock, so you can pick a height and secure it in place.

Can I get a longer hose for my hand held shower head?

You have to check the particular model you have or are planning to purchase.  Some combination shower head models have the ability to interchange different length of shower hose.  You will want to decide on the right length if you are getting a unit with no option to change it.

Can I divert flow to only one of the two shower heads?

Shower head assemblies with multiple heads most often come with knobs to adjust flow to each outlet. These are small valves that can be adjusted to only have flow from one shower head, or to reduce the flow from one to the other.

The Best Rated Hand Held Shower Heads on the Market Is…