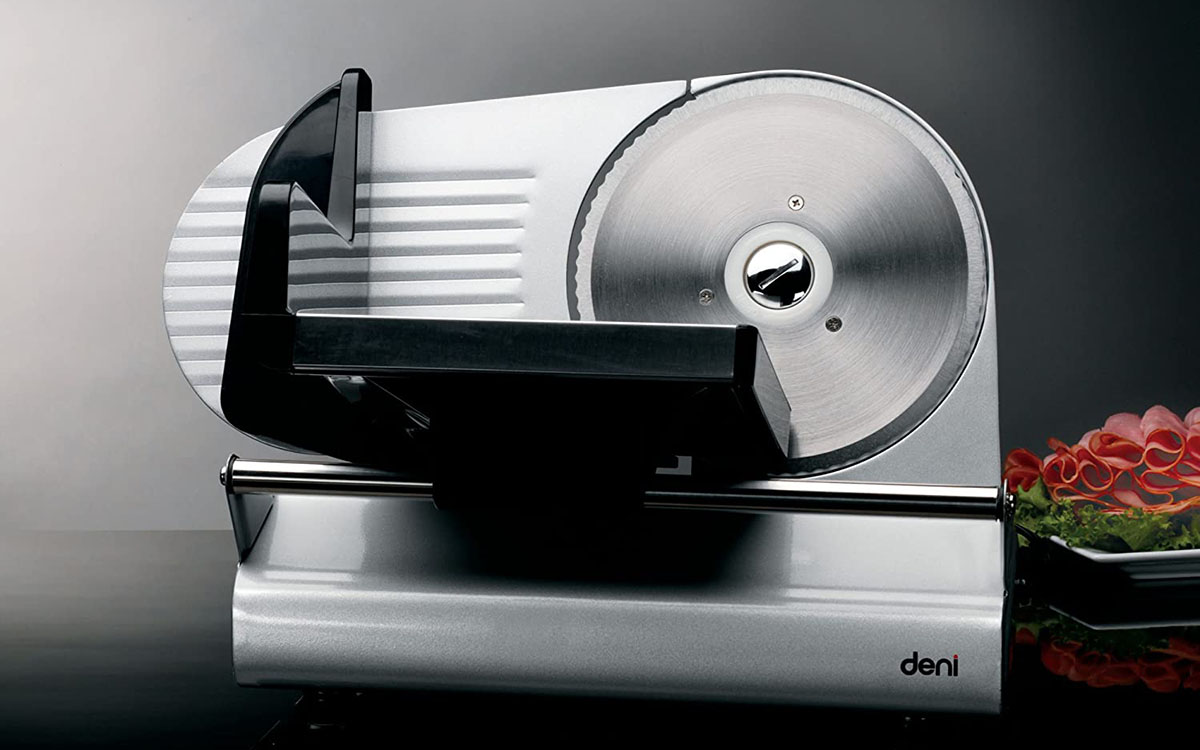 For many businesses, such as delis and small restaurants, it is necessary to have a professional meat slicer to provide customers with the exact cuts that they need.

However, it is also possible to get a meat slicer for home use. One of the most popular examples of this is the Deni meat slicer. It has many great features and qualities and is, overall, a product that was built to last. There were some complaints, but they seem to be few and far between.

Here, we will discuss the meat slicer in-depth to help you make a more informed opinion.

Prior to getting a meat slicer, it’s important to make sure that you know what to look for so that you get the best one for your means. Here are some of the different criteria so you can decide on the best meat slicer for your personal use. 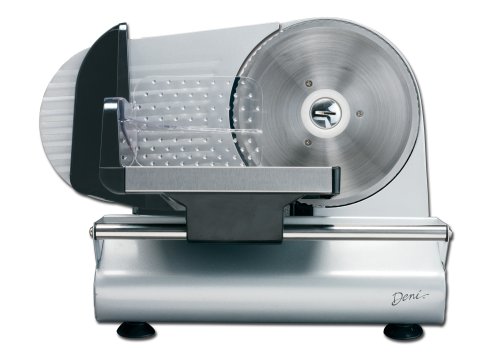 The Deni 14150 Meat Slicer Pro is an electric food slicer that currently retails for approximately $105 on Amazon.

The Deni electric food slicer is made of a die-cast aluminum that will last you for many years. This will also prevent the Deni food slicer from rusting over time, which will prevent bacteria growth and issues with the device’s operation.

This food slicer was meant for use at home, so you will be able to safely use this device- which barely differs from industrial meat slicers in terms of quality and durability- right in the comfort of your own kitchen.

It also has a 7.5-inch stainless steel blade, which you can use to slice through many types of foods aside from meat, including vegetables, cheese, bread, and fruits. It has a slice control knob that you can adjust to fix the thickness or thinness of the slices as you would like.

It also has many safety features, including a food pusher that is able to grip the food and hold it in place as it is being sliced. It has an angled platform that will allow food to easily fall into the tray after it has been sliced.

The Deni tabletop electric meat slicer has a retractable platform and a removable blade to make it much easier to clean. It also has handles so that you can easily move it or carry it around, which further makes it great for use at home.

Here is a video of the Deni meat slice stainless steel in action.

In addition, here are some of the pros and cons of the Deni food meat and cheese slicer according to customer reviews.

It seems that the Deni meat slicer is a perfectly viable option if you want a meat slicer that you will have no difficulty using in your own home for a fraction of the price.

You will be able to slice all different kinds of foods aside from meat and impress your guests with your professional-level cuts.

The Deni meat slicer provides you with many safety features as well so that you will be able to use it without any worries. There were some complaints about the operation of the meat slicer, but overall, it seems like something to consider for an at-home meat slicer.