Needless to say, a shower at the end of the day is the most relaxing thing ever; it not just provides comfort to your body but your mental wellbeing as well. But what if it doesn’t work correctly or what if it is too old even to work?

In the other case, it might get stuck as well. While getting into the shower one today in the morning, I was anticipating the warmth of the spray to help me greet the new day. What I got instead was a trickle of water from my old shower head, which was of course not very pleasurable.

Apparently, it was an indication that the time had come to replace my old shower head. I thought briefly about hiring a plumber to do the job but soon realized the price of this simple repair would cost me upwards of $302 (which is the national average rate per hour for a plumber).  With a sigh, I realized I needed to change my own shower head, and set out to play the part of a plumber.

Before you replace your shower head, make sure you purchase one you’ll love; click here to read our guide.

I Asked My Friends and Neighbors and Did My Research

After asking some friends and neighbors how they handled similar situations, I found the first question they asked was what type of showerhead I needed to change. I hadn’t considered there were two different arrangements for which a showerhead can be found.

See Also: How to Fix a Leaky Shower Head

I went online and did my research, looking for advice from businesses such as DIY and Home Depot, it was quite helpful though. On these sites, I found there are indeed two different kinds of showerheads. One type is the traditional wall mounted set; the other involves the showerhead attached to a long hose which can be held in hand.  Not only were there different types of showerheads, but I discovered that not all plumbing fixtures are made the same. While some are brass and can be handled with relative safety, others are made of iron or nickel and require particular attention and of course, some special tools as well.

I soon realized that while both types of shower heads share the same basic steps to replacement. The difference lies in the number of parts to be replaced, making a handheld device a little more complicated.

Being I am an adventurous sort, I laid out the steps on paper and began to put together a plan so that I could once again enjoy a steaming hot shower.

Organizing the Tools Needed for the Job Makes It Go Easier 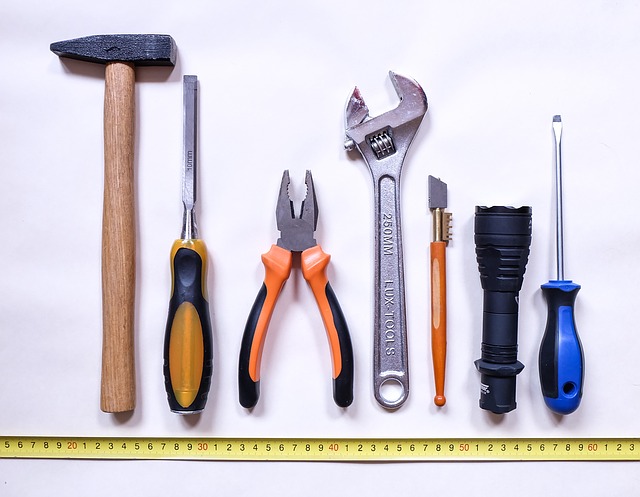 The first step to replacing each type of shower head, and possibly most important part of any project, is to assemble all the tools needed to change shower head in order to get the job done. I found I would need to make a trip to my local hardware store, my home toolbox, my bathroom cabinet, and the kitchen to gather the items I would need. Following is the list of tools that you would need if you are planning to change your shower head or repair a stuck shower head:

The Basic Steps to Change Any Type of Shower head

The first step to replace a wall mounted or handheld showerhead, is to place a rubber mat or a stack of paper towels over the drain to prevent parts from going down it. There aren’t many small parts involved in changing a showerhead, but there is nothing worse than dropping something you need down a drain and having to call that plumber anyway!

Step two involves wrapping electrical tape around the handle of the pliers to allow a better non-slip grip. You are bound to encounter some water, and perhaps some slimy residue from the old fixture. This step makes using the tool much easier. It can also prevent nasty nicks, not only on your fixtures, but your hands as well.

How to Remove a Shower head

The third basic step to replacing a showerhead, is to remove the old one. This should be tried first by hand, and can be done by rotating the showerhead counter-clock wise. If you find your showerhead is not coming off easily, then you can use your adjustable wrench and slip knot pliers. Place a soft rag about the shower arm (the part of the fixture sticking out from the wall) to protect it from being damaged by the wrench. Then, using the wrench on around the nut holding the old shower head in place to the shower arm, use the slip knot pliers around the base of the old showerhead and turn counter-clock wise.

How to Remove a Stuck Showerhead

Sometimes a showerhead will be stuck to the wall due to hard water and mineral deposit build-up. For everyone living in an area of hard water or the ones facing issues of chlorinated water would often face the problem of a stuck shower as well. You may find that your showerhead threads have been misaligned or it has been on the shower arm for an extended length of time.

One method to fix this problem is to change to a strap wrench instead of an adjustable wrench to remove it. This gives you much better leverage while protecting the finish.

If you still cannot remove the old showerhead, here is a trick you can try. Take a plastic bag and fill it with vinegar solution. Using a rubber band, fasten the bag of vinegar around the showerhead and the nut that fastens it to the wall. Leave it to soak overnight. This should dissolve the hard water and mineral deposits holding the showerhead to the wall like glue. When you return in the morning, it should remove quite easily.

Caution: Never Use Vinegar on Fixtures Made from Iron or Nickel

Caution: never use vinegar solution on fixtures. Vinegar is an acid, and will dissolve metals such as nickel and iron. If in doubt, try a small amount of the solution on a small area of the fixture. If after several minutes, it bubbles, then do not use the solution. If you have fixtures that are made from nickel or iron, you will need to perform a more elaborate procedure.

Removing a Stuck Showerhead from Fixtures Made from Nickel or Iron

To remove a showerhead that is stuck from a nickel or iron shower arm, you will need to perform one of two procedures. You can either use heat, or household oil applied to the nut holding the old showerhead to the wall.

Heating the nut allows for it to expand, and can loosen it and allow you to gain a good enough grip with your pliers to remove it. This can be done by using a hair dryer set on high. Once you have heated the nut for several minutes, first tighten the nut to break it loose, and then try to twist it free by turning it counter-clockwise.

Warning! Never Use a Torn or Other Open Flame

Be cautious to never use a torch or other flame, as this can at best, melt any plastic parts, and at worst cause a fire.

The second method to removing a showerhead from a nickel or iron shower arm is to apply a household oil, such as WD40. This technique involves applying the oil liberally to the stuck nut and allowing it soak overnight. In the morning, tighten the nut to loosen it, and then remove the showerhead by turning it counter-clock wise.

The other necessary steps to changing a wall mounted showerhead are not difficult to follow, and although this wasn’t the kind I needed, I was successful in understanding them.

Assuming you have already removed the showerhead from the wall, next you will need to clean the threads of the shower arm. You can do this by using a soft bristled tooth brush and vinegar solution. This will remove any old plumber’s tape and hard water or mineral deposits.

Remember Never Use Vinegar Solution on Nickel or Iron!

Next, wrap new plumber’s tape three times around the threads of the shower arm in a clockwise direction. Don’t skip this step whatever you do as doing so will result in a nasty, a spraying leak when the water is turned back on.

Twist the new showerhead onto the shower arm by hand and then, using the soft rag, slip knot pliers, and adjustable wrench, tighten it well. Afterward, turn on the water to the showerhead to check for leaks.

If there is a leak, consider using your slip joint pliers and adjustable wrench to tighten the showerhead to the shower arm more.

I use a handheld showerhead in my bathroom, and found the steps to replace it to be quite simple. I also discovered that some of the steps to changing this type of showerhead are the same as changing a wall mounted one. The differences between them encompassed the fact that I needed to attach a new hose to the shower arm instead of a showerhead.

For this, you need to learn about how to how to change a shower arm as well as how to remove a shower arm and changing shower hose. But trust me, it is something very easy, and you would not be having any problem doing it yourself if you have the right kind of tools.

After placing my rubber mat or paper towels over the drain, and putting electrical tape around the handles of my slip knot pliers, I removed the old hose from the shower arm just as described above.

I then cleaned the threads of the shower arm with the vinegar solution and a soft bristled tooth brush. I was cautious to make sure that my shower arm was not made of nickel or iron.

After wrapping new plumber’s tape three times around the threads of the shower arm in a clockwise direction, I secured the new hose onto the shower arm hand tight. I then used my pliers to tighten the seal so that the connection would not leak.

I then turned on the water to the new showerhead to check to see if I needed to adjust the tightness to any of my joints.

The Benefits of Changing Your Own Showerhead

The next time you get into your shower half asleep in the early morning, expecting a hot spray and are met with the disappointment of a clogged head, remember the instructions I have outlined above. These procedures are easy to follow, the equipment you need is easy to find, and the payoffs, both monetarily and in terms of how you feel about yourself, are enormous. I succeeded in changing my showerhead in under half an hour. Not only did I gain a new measure of self-confidence by completing the task, I earned self-respect and saved myself $302, a lot of money in anyone’s budget.